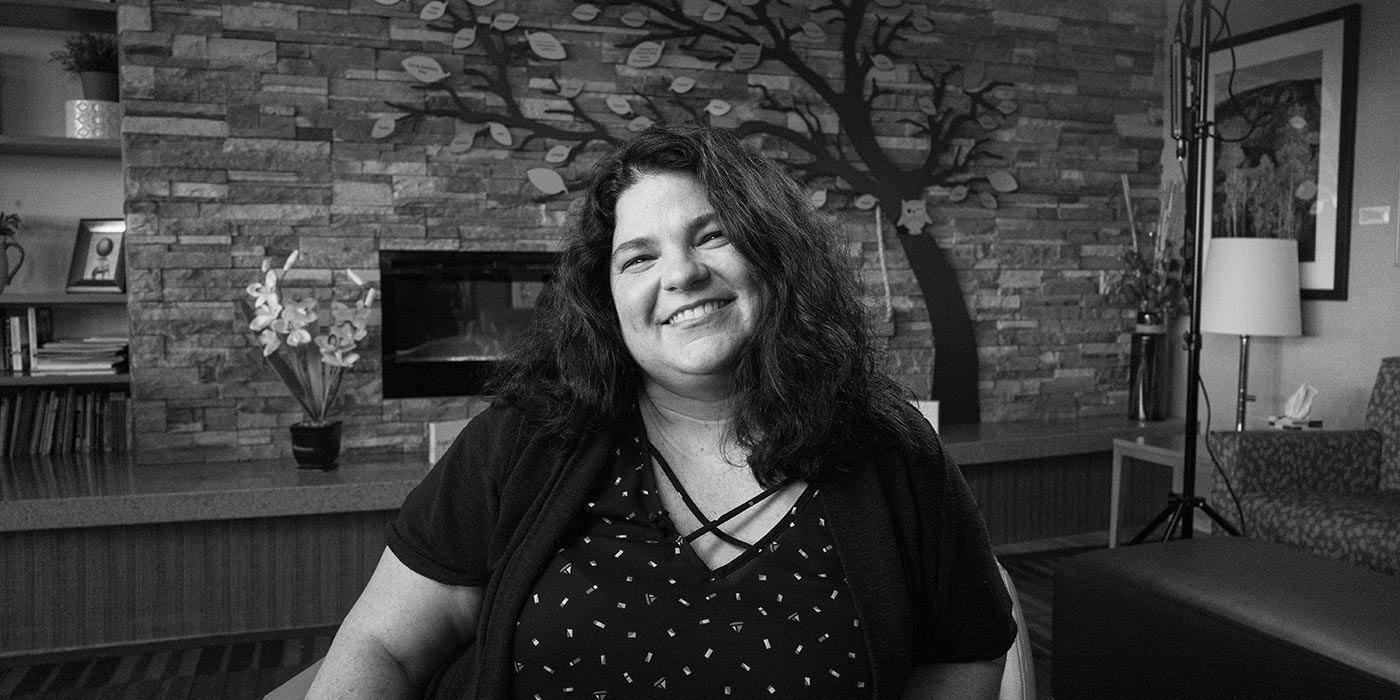 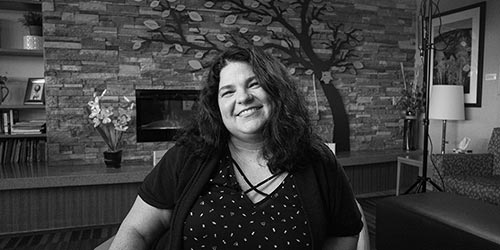 People often say it takes a village to raise a child. That becomes even more true when that child comes into this world with a birth defect or develops an unexpected illness when they were once thought to be completely healthy. A parent can feel helpless, sometimes even hopeless, when it comes to caring for their child. How many specialists do they need to see? How will they pay the medical bills? Will they be able to work if their child needs constant care?

It can take weeks, months, even years to have those questions answered — if at all. Some children might have an extended stay in any one of the many wonderful, top-notch children’s hospitals around the country, many associated with Children’s Miracle Network, like Primary Children’s Hospital in Salt Lake City. Here, caring doctors, nurses, administrative staff and countless volunteers dedicate their days and nights to ensure so many children with innumerable ailments, illness and diseases get love and attention, but sometimes it still takes more.

That’s where the Ronald McDonald House and Ronald McDonald Family Room pick up the reins. The House, which has 350 locations around the United States, serves as a refuge for families who live far from the hospitals where their children have extended medical care. But it’s the Family Room where parents, grandparents, siblings and other caregivers — even the patients themselves — can get a much-needed respite right in the hospital. They can feel like themselves, if even for a couple of hours. Here they can relax on a recliner chair, do laundry, take a hot shower, make a healthy meal, watch TV or take a nap in a private room away from the sounds of hospital machines and medical equipment and just feel like themselves for a bit. For a short time, they can forget they’re in a hospital. Each night, volunteers prepare and provide dinner for these families and it was about five years ago, shortly after the Family Room opened inside Salt Lake City’s Primary Children’s Hospital, that Ace Hardware dealers of Utah got involved. 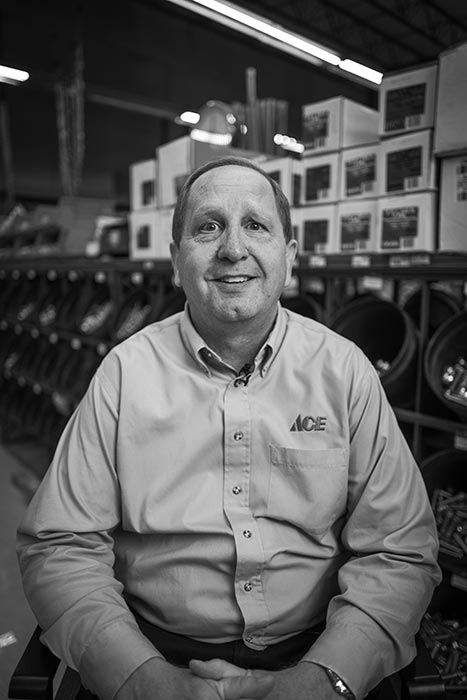 Trent Springer, who was the district — and now regional — manager at the time, had gotten to know Primary Children’s all too well when his own son had to go for treatments years ago. He knew how important having contact with others was during those trying times. At a meeting with local Ace dealers, Springer suggested they all take turns feeding families one night a month. Everyone quickly agreed how important it was to participate. Yes, like Ace stores around the country, these stores’ fundraising efforts benefit CMN, but they wanted to do even more. They wanted to physically give back and get to know families on a more personal level. And what better way to do this than with food. 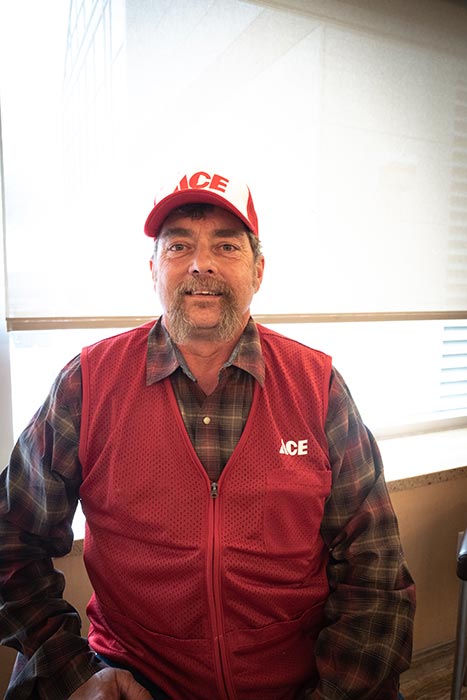 So now on every third Thursday of each month, teams from Ace Hardware throughout Utah bring dinner to the families at Primary Children’s and these nights have become legendary. After having countless nights with tacos or sloppy joe sandwiches, families have come to love Ace dinner nights. There might be a Hawaiian spread with grilled chicken and pineapple upside down cake or copious amounts of smoked pork, chicken and beef. And the teams spend quality time talking with the families, at least those who want to talk. Many times, families just need a kind ear to listen to them, to help take their mind off the strife associated with having an ill child, and the Ace teams listen, and talk and smile and cry and many times offer a hug. "If you make a connection with someone when you’re serving food," Springer says, "stop what you’re doing and talk to them. Sometimes all someone needs is a chance to talk." 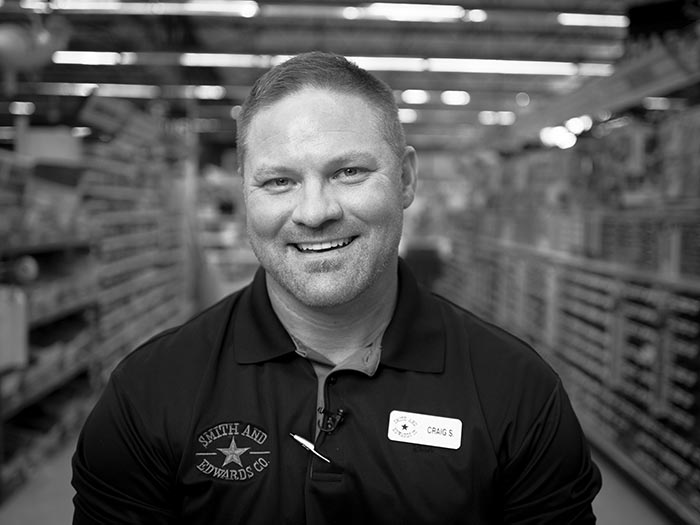 Before the Ace dinners began, stores in Springer’s region would raise about $30,000 collectively a year. Since the teams got first-hand experience talking with the families and meeting the kids, they came away from those nights changed. The families touched them on an emotional level that allowed them a glimpse into their lives that they wanted to do more. Now, in addition to the monthly dinners, the teams — whether from nearby Smith & Edwards Ace in Ogden, Utah or at Hurst Ace Hardware four hours south in St. George, Utah — have stepped up their local fundraising efforts to the tune of more than $200,000 annually, all to help take care of the kids at Primary Children’s.

One recent evening in September, a team from three Ace stores as close as downtown Salt Lake City and as far as St. George, came together in the Ronald McDonald Family Room at Primary Children’s to welcome anyone who wanted a hot meal. This night, a number of families and children gathered to feast, talk, listen and laugh. Two children, a brother and sister, rode around on their motorized wheelchairs, while another little girl played a card game with a volunteer on the floor. All the kids get to take a gift out of the prize basket and the parents get to take a load off. One young couple whose two-year-old son was born with a rare genetic defect and had been in the hospital for a year, surprised everyone with their jovial and upbeat spirits. They laughed, a lot, and spoke candidly about what they’re going through. Members of the Ace team who also had children or grandchildren receiving treatment volunteered their time to feed the families because they wanted to give back, knowing how special this place is. We captured many of these stories and more.

This is a small, yet mighty, example of how Ace’s helpful spirit of giving and being part of their communities pushes them to want to do more to help people, no matter if it’s local sports teams, breast cancer survivors or frail children in a hospital. It’s just part of what they do.