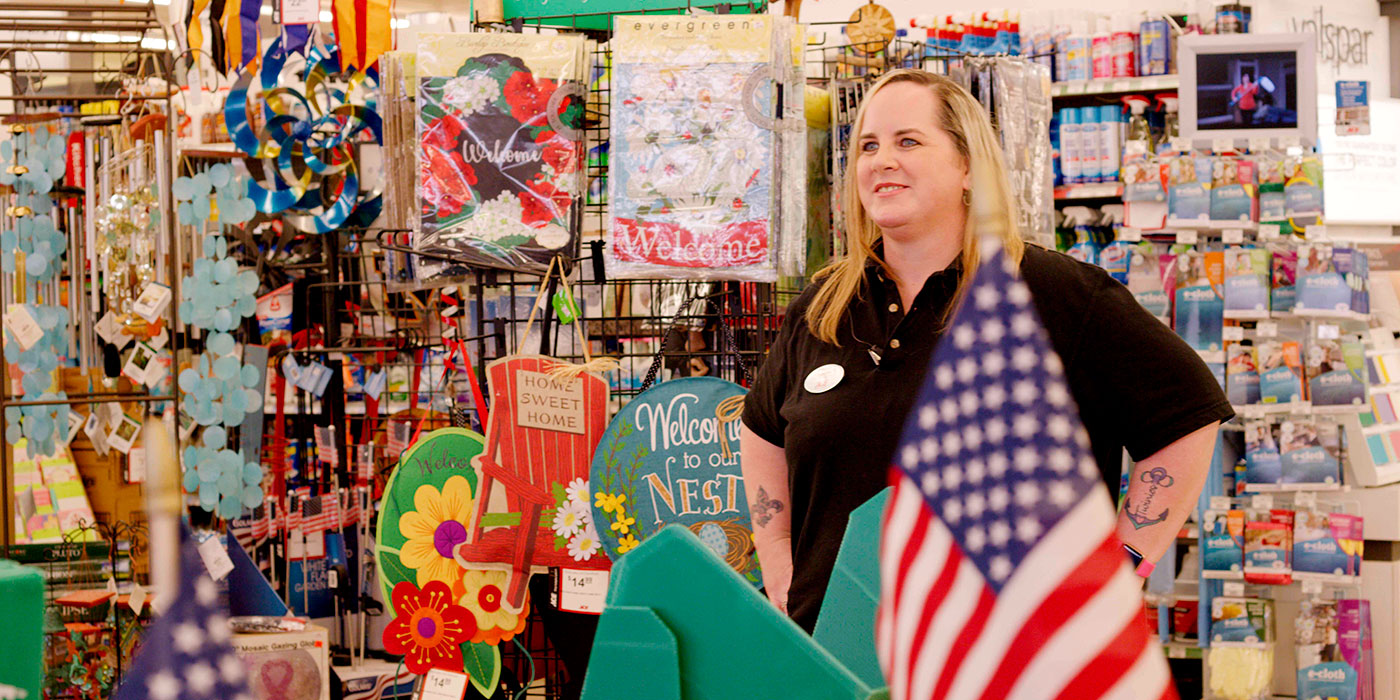 Going through life without the ability to hear the outside world offers its own set of challenges. But when you’re navigating life without the help of friends or even strangers, it becomes more difficult. Christy doesn’t think of leaving the hard of hearing aside. In fact, she went out of her way to learn sign language to communicate with various people in her life, whether a foreign-exchange student or customers at her local Ace hardware store. The moral of the story: Putting yourself in someone else’s shoes, if even for a little bit, can go the extra mile.

Ever since childhood, Christy has tended to gravitate toward people on the outside. She didn’t necessarily seek out the "outsiders," but due to her kind-hearted nature, even as a kid, she found herself attracted to people who may not have always fit in for some reason or another.

When Christy was in the fifth grade, a foreign-language student moved to her town and started attending her school. It was difficult enough that this young girl was from a different country and spoke a different language, but she was also deaf, not leaving her with many friends. She attended school with a translator, but Christy wanted to talk to her directly. She didn’t want to have a barrier between her and this new girl. So, what does Christy do? Goes out and learns some basic sign language. Even only knowing a few words or phrases allowed Christy to make a connection, but more so, let this other young girl feel more accepted when she likely felt like an outsider. The two girls became friends until the other moved away, but Christy never forgot her.

Always helping people
When Christy grew up and started working, she continued her desire to help people. Sometimes, those people would, in turn, help her. She took a job as a nanny for a child with Down syndrome. Going into that yearlong experience, Christy says she planned so many activities and ways for the child to learn new things, but "I ended up learning more from him," she says.

That’s one of the things about allowing yourself to be open to all kinds of people, as Christy does. While some, or actually many, people may turn away from someone who is different from them, Christy naturally turns toward that person. She wants to receive people with open arms not only to let them know they’re not alone in this world, but so she can understand people’s different perspectives in life.

"I would stand with someone with a handicap faster than with someone who doesn’t," she adds. "To me, they’re not ‘those kinds of people;’ they’re ‘just people.’"

Return to the library
That sentiment of merely wanting to talk with and help people carried over into another job where Christy worked prior to starting her career with Great Lakes Ace Hardware. She worked at a nearby drugstore. One day, a regular customer had lost her husband to cancer about a year after Christy started working there. She saw she was sad and Christy naturally hugged her. Every time this woman came to the store, she sought out Christy to say hello and get a hug. That level of personal customer service has carried over into her work at Ace.

One day after Christy started her job at Ace, she noticed a deaf couple. While Christy hadn’t used sign language for many years, she used what little she remembered and completely brightened their day. Just by making a gesture. Her sign language was rusty. "I went to sign, ‘hi,’ to a customer, but the H wasn’t an H and the customer giggled." This prompted Christy to brush up on her past signing so she went to the local library and found a book on how to use sign language. Then she found another. And went on YouTube to watch tutorials. Now she’s learning numbers and more phrases. She really just wanted to be able to communicate with her customers and make them feel more comfortable when they’d shop at Ace.

"Ace is very big on customer service and it starts at the top and works its way down," Christy says. "People come to Ace for the service they get."

And that includes Christy going the extra mile with sign language.